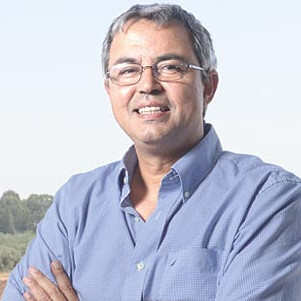 Gil Livne is a legal and municipal consultant.  He recently stepped down from his position as the Mayor of Shoham, a thriving city in Central Israel.

Lior founded Strativity Group, a customer experience research and consulting firm that measures its success by one simple yardstick; how successfully the client has implemented their strategy. Starting in the most traditional entrepreneurial way from his garage, the company has grown to have offices around the US and around the world, including Canada, the UK, Norway, Turkey and Australia. Forrester Group has recognized the firm as being at the forefront of customer-centric transformation.

Arussy has published 7 books concerning customer experience and employee engagement, while more than 1 million readers around the world see his “Focus: Customer” syndicated column every month. In addition, he has had more than 100 articles published globally in prestigious journals, including the Harvard Business Review.

Lior has worked for Hewlett-Packard as leader of the Internet security division; under his stewardship, business grew by 50% per quarter for 3 consecutive years. He introduced a number of innovative strategies, and during his tenure no client bank ever had its eBanking security compromised; no mean feat considering he was responsible for 120 of the world’s largest banks with assets totaling $8 trillion.

Nimrod is the former head of Yedid LaChinuch, and was recognized by the President of Israel with Presidential Medal for Volunteerism for his work. Yedid LaChinuch works to integrate the retiree population to be an integral part of Israel’s education system. with hundreds of retiree volunteers on a yearly basis, Nimrod and his team created a win win situation. Prior to that, Nimrod served as an officer in an elite unit in the IDF.

Tamar is the Director of Gesher Leadership Institute’s Fellow Network and manages graduate projects. Tamar sits on the Audit Committee of the Yerushalmim Movement as well as the Frrench Hill Community Council. Tamar is a graduate of Hadassah College and served as a facilitator for the Women Empowerment Group. Tamar is a social activist and mother of two.

Harel has extensive experience in informal and formal education- a past director of the Gesher Training Department and member of the board. He graduated from Mandel School for Educational Leadership and has been director of a high school in Tel Aviv for six years. Today he is involved in training school principals and developing leadership programming.

Besides being a member of Gesher’s Board, Amy is an active board member in a private family foundation focused  on inequality and climate issues based in the United States and Israel. She is currently pursuing a Master’s Degree in Non-Profit management from Hebrew University. Amy made Aliyah from New York in 1994, and lives in Jerusalem with her two boys.

Richard M. Joel is the former President and International Director of Hillel: The Foundation for Jewish Campus Life as well as the President Emeritus of
Yeshiva University. Mr. Joel, a member of the Board of Directors for Gesher is
renowned as a charismatic leader and a captivating orator with a unique perspective on future leaders of our Jewish community .

Efi received his B.A. in Economics and Accounting from Hebrew University and MBA in Business Administration from The Open University. Before joining Gesher, Efi was a Finance Director in the First International Bank of Israel and as a well as CFO for Torah Betzion Or Olam. Efi lives in Beit Shemesh with his wife and 6 children.

Yitzhak is the Editor in Chief of the ‘Merkaz Hainyanim’ as well as a commentator on many of the Haredi radio stations. He was a participant in a Gesher Leadership Institute Course in 2016.

Shalom is the CEO of Shalom Bronstein Inc. He is the President of American Friends Keren Malki Foundation (home therapy for handicapped children). Shalom is a Member of the Board of Shvut Ami and Co-Chair of Teaneck Advisory Board on Community Relations.