Shoshana Becker and Bitia Malach met each other on a Gesher Leadership training course in 2015. Shoshana worked for a tourism agency and specialized in creating organized trips to Israel for teens, university students, and adults from all over the globe. Bitia was the principal of a large ultra-Orthodox elementary community school for girls in Jerusalem.

While Shoshana is secular and Bitia is Haredi, the two connected immediately while on the Gesher course. As they were sitting one day during the delegation to New York, they realized that if they can develop a bond despite their differences, why couldn’t other females from different backgrounds do the same?

Shoshana and Bitia were immediately drawn to action. In conjunction with “Queen of the Desert” Tour company, Shoshana and Bitia planned an adventurous, international trip for 28 secular, religious and Haredi women to Georgia. For a week, the diverse group of women went hiking, rafting, biking and rock climbing and explored the beautiful Georgian landscapes. The shared adventure created a natural environment for the women from dramatically different backgrounds to engage in meaningful dialogue with each other. Strong relationships were made and many of the women are still in-touch!

This type of trip was so rare that when Channel 10 News caught wind, they asked to come along with a video camera and created a documentary. Aired on prime time television, the documentary was watched by 161,800 households! 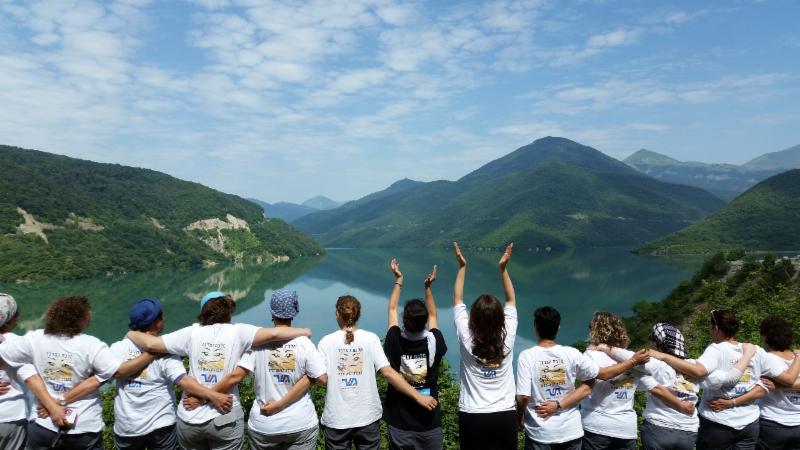