Ilan has a BA in psychology from Bar Ilan University and a MBA in business studies from the Hebrew University. He is an active citizen of Bet Shemesh where he lives with his wife and six children. He serves as the Chairman of Midreshet Bet Shemesh and a member of the City Council. Ilan is the Chairman of PGC – Partnership Global Council of the International Partnership project. He also sits on the Board of several social organizations such as the National Service Association, Eshkolot and Heled. A mediator and senior teacher of Bible studies, Ilan has been the Executive Director of Gesher since 2011. 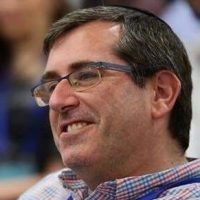 JJ is responsible for Gesher’s International efforts both as they relate to Resource Development as well as leading delegations of Israeli influencers as they experience and engage with Jews around the world. JJ joined Gesher after having worked in Israel’s High-Tech sector for the previous eighteen years at leading firms including SanDisk, Jerusalem Global and Israel Seed Partners. JJ has always been involved in projects to help the Jewish people including leading the efforts to start a new school in Modiin and raising the funds to a build a new shul there as well.  Prior to becoming the International Director for Gesher, JJ was the International Director for Unity Day during its first year. Having made aliyah from New York 20+ years ago, JJ now lives in Modiin together with his wife and six children. 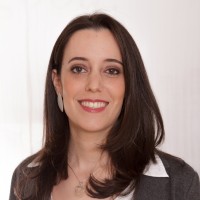 Shira is the Director and Founder of the Gesher Leadership Institute and has been a part of the Gesher team since 2002. She oversees all programs in the Institute from general management to content. Shira holds a MA with honors in Non-profits Management from the Hebrew University of Jerusalem. Additionally, she has an International NLP Practitioner certificate. Shira is a social activist and a member of the Executive Committee of the “Rashut Harabim”, which promotes Jewish renewal in Jerusalem. 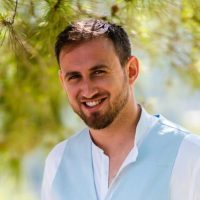 Chezki is the Director of the Education Department at Gesher. Chezki comes back to Gesher after having worked a the Irani Group in a Product role. Prior to that, he had been a Gesher facilitator for four years. He now leads the Programming Department. 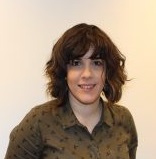 Chani is the Director of Haredi Initiatives at Gesher, which deals with cultural sensitivity and the development of programs to promote education and employment in the ultra-Orthodox sector. She holds a BA in Education and Counselling and an MA in Learning Technologies. She also works as a group facilitator, career counselor, lecturer and writer. In her spare time, Chani directs films and promotes art in the Haredi sector. Chani lives in Modi’in Illit, is married to Haim and the mother of four girls.

Nimrod is the former head of Yedid LaChinuch, and was recognized by the President of Israel with Presidential Medal for Volunteerism for his work. Yedid LaChinuch works to integrate the retiree population to be an integral part of Israel’s education system. with hundreds of retiree volunteers on a yearly basis, Nimrod and his team created a win win situation. Prior to that, Nimrod served as an officer in an elite unit in the IDF. 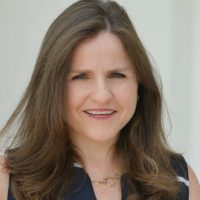 Tamar is the Director of Gesher Leadership Institute’s Fellow Network and manages graduate projects. Tamar sits on the Audit Committee of the Yerushalmim Movement as well as the Frrench Hill Community Council. Tamar is a graduate of Hadassah College and served as a facilitator for the Women Empowerment Group. Tamar is a social activist and mother of two.